What Is Divorce And Why Does It Happen? 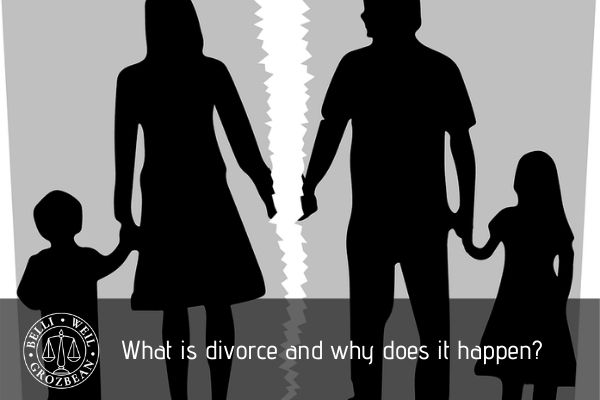 People have many questions as to what is a divorce, what does a divorce involve, why does it happen, how to proceed with a divorce, etc. Hence, we will try to answer some common questions most individuals seem to have when they are involved in a divorce.

A divorce can simply be defined as a legal action that takes place between a married couple with the aim of ending their marriage relationship. Simply put, a divorce is the dissolution of marriage before either of the spouses dies.

A divorce happens when married people want to end their marriage. In order to file for a divorce, the court and the involved parties must decide how they will deal with the questions of placement as well as custody of any minor kids and how they will divide their debts or the property. According to the presumption of the state laws, each party that is involved in a divorce is responsible for 50 percent of the marital debts as well as and each part is entitled to 50 percent of the marital property. Non-marital property can be defined as any property which only one of the parties inherits or any property that has been given by a third person to one of the parties and if this property is kept separate by one of the parties, it will remain with that party even when the divorce has happened.

A divorce takes place when a wife and husband decide that they do not want to stay married to each other or do not want to live with each other anymore. This is when they agree to file for a divorce by signing legal papers that change their status to single again, enabling them to get married to other people if they wish to.

Why Does A Divorce Happen?

According to our advisors, some of the major causes of divorce include incompatibility, growing apart, drug or drinking abuse, extramarital affairs or infidelity, too much arguing or conflict, and a lack of commitment.

These reasons are followed by little premarital preparation, economic hardship or financial issues, and getting married too young possibly extends over so as to cover partly the general categorization of incompatibility, because of the reason that this risk usually arises from marrying very young. It is considered that people who marry young usually do not know much about each other, or what to expect from a mate at such a young age. They also found the incompatibility is among the key reasons for divorce among people in the U.S. who get married at a young age as compared to those who get married when they are a little older.